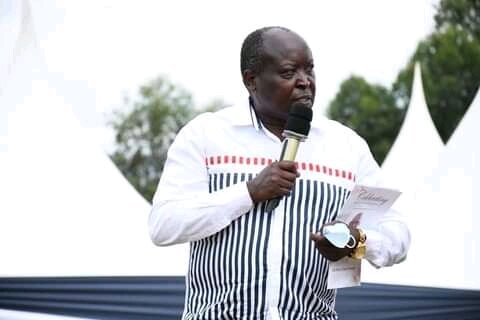 Nakuru Town West MP Samuel Arama at a past function.PHOTO/Courtesy.

Nakuru Town West MP Samuel Arama has challenged politicians to focus more on transforming the lives of the people.

The second term serving legislator was categorical, leaders are elected with a mission to improve the lives of the people and that should remain the focus.

“Leadership is the capacity to translate vision into reality. It is defined by the objectives, agendas and the implementation strategy,” he said.

Arama is among the few leaders in Nakuru County who have proven that servant leadership is focused on development.

The MP has been praised for development projects in his constituency, among them roads, street lighting and schools.

A conversation with the majority of the residents, they make an assurance of giving him a third term as MP.

And indeed, his competitors have a hard task to unseat him in the August polls.

Arama who served the first term as ODM MP before he joined Jubilee for the second term, has already declared his support for the Azimio la Umoja movement being spearheaded by ODM leader Raila Odinga.

The MP has already hosted Odinga in Nakuru West recently- a clear indicator that he is on good terms with the former Prime Minister.