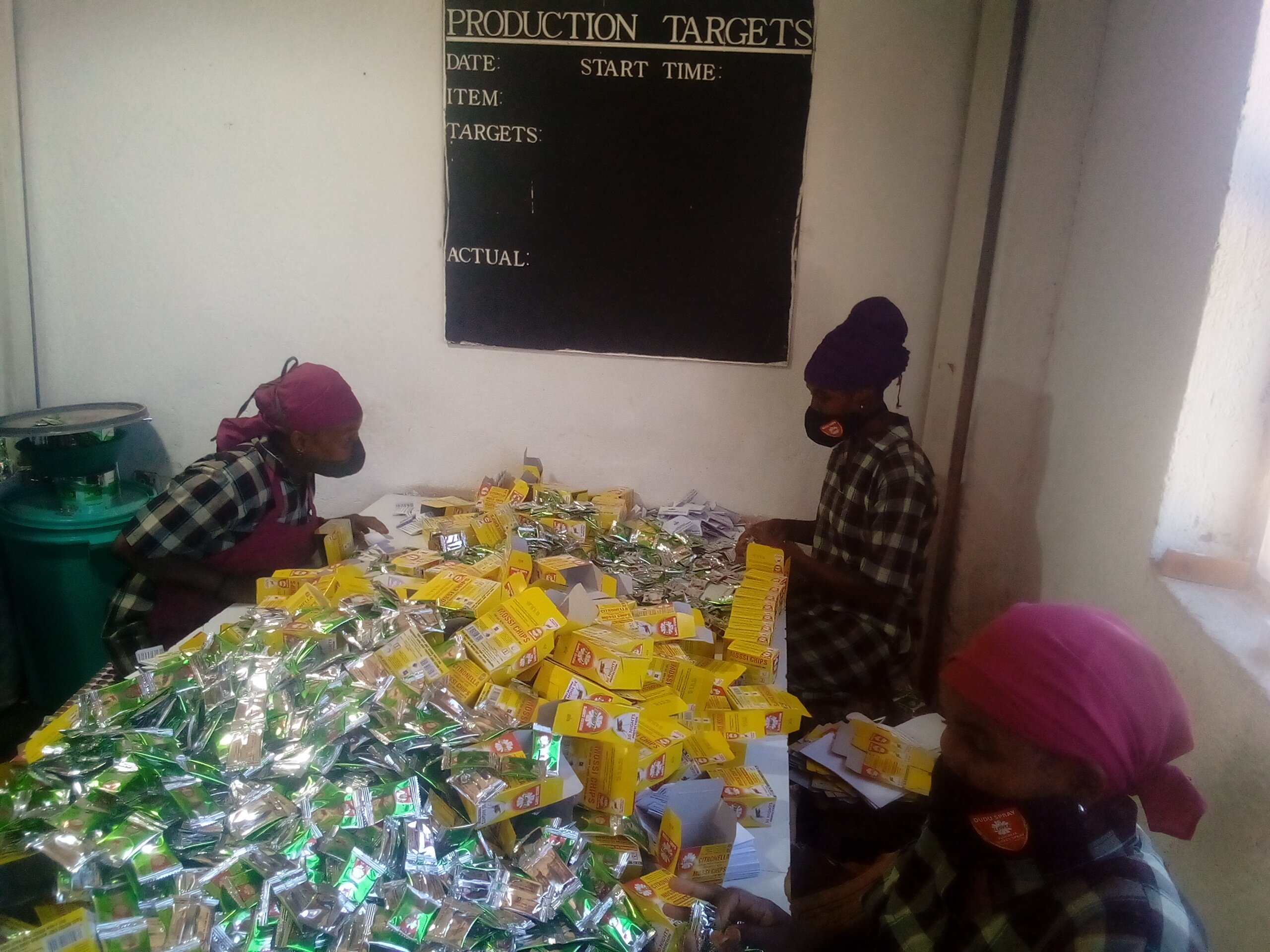 A display of some of the eco-friendly pyrethrum products being manufactured at Kapi Limited in Nakuru.There has been calls for the ban on harmful chemicals in the country so that Kenyans can embrace alternative eco-friendly pyrethrum products. PHOTO/Pristone Mambili.
Harmful chemicals in the agriculture sector that have always made their way to our kitchens, dining tables and finally into our bodies leading to numerous diseases such as cancer may soon be a thing of the past if push to ban harmful chemicals sails through.
The push by Uasin Gishu Woman Representative Gladys Shollei to ban the harmful chemicals also seeks to ensure that Kenyans embrace pyrethrum farming as an alternative to these harmful chemicals.
This, she says will go a long way in addressing diseases causing havoc to Kenyans by ensuring promotion of natural organic pesticides such as pyrethrum.
According to the vocal legislator, the government should choose whether to save Kenyans or save the companies of the who is who in the country that are producing harmful chemicals used in farming.
“Time is now that the government should act and save Kenyans through a ban on harmful chemicals” she said.
Shollei argues that her petition on the same sailed through in the National Assembly but the Chemicals Regulatory Body has failed to implement the same.
She was, however, quick to note that despite the many threats and intimidation she has received, she will not tire in pushing for the ban on harmful chemicals which have continued to get sales in the local market.
It should be noted that pyrethrum was introduced into Kenya from Japan in the late 1920s. The conditions in the areas where it is grown are ideal and if flourished. It has been used to fight malaria and insects.
By the time of independence for at least 20 years afterwards it was Kenya’s third largest cash crop after tea and coffee.It was a really useful revenue stream for Kenyan farmers.
Farmers in the sector say the crop that is locally produced and not toxic should be promoted as it will ensure no more diseases brought about by harmful chemicals.
Led by Pyrethrum Growers Association Chairperson Justus Monda, the farmers also argue that the ban pon harmful chemicals in Kenya will lead to full revival of the crop hence creating employment for many Kenyans.
“There has been  less resource allocation towards revival of this crop.I think it’s high time the ban on harmful chemicals be implemented so that we can have full revival of pyrethrum as an alternative ” said Monda.
Nakuru County government under the leadership of Governor Lee Kinyanjui has been on the forefront in advocating for the revival of the crop saying it will add more economic value to the people of Nakuru and Country as a whole.
However, there is more that needs to be done ranging from the ban on harmful chemicals that are already in the local markets.
Nakur-based Kapi Company that has been formulating and manufacturing natural pyrethrum insecticides and other eco-friendly products since the 1960s is of a similar view.
Managing Director Kapi Limited Ian Shaw says there is a need for increased awareness within Kenya about pyrethrum as a biopesticide to replace harmful chemicals.
“I think we need to have this information to the public so that Kenyans themselves can drive the agenda towards embracing the eco-friendly products rather than rel;ying on harmful chemicals that have severe impact on their health” said Shaw.
Researchers have shown that pyrethrum in the correct formulation has zero residues after24 hours. It therefore leaves zero residues in food products, Pyrethrum has a very safe mammalian toxicity profile (safe for humans and farm animals such as cattle, sheep, goats).
Pyrethrum also degrades rapidly in sunlight (UV) and with heat and is therefore environmentally non damaging after degradation.
Pyrethrum is a broad spectrum contact insecticide and therefore is suitable for use on a very broad range of insects.
It should be noted that the Food and Agricultural Organization justified the use of chemicals  during locusts’ invasion because no natural product worked.
However, now a pyrethrum insecticide has demonstrated 96-100% efficacy in trials conducted with UoN and is registered with Pest Control Products Board in Kenya  for use on Desert Locusts (Flower DS 4EC).