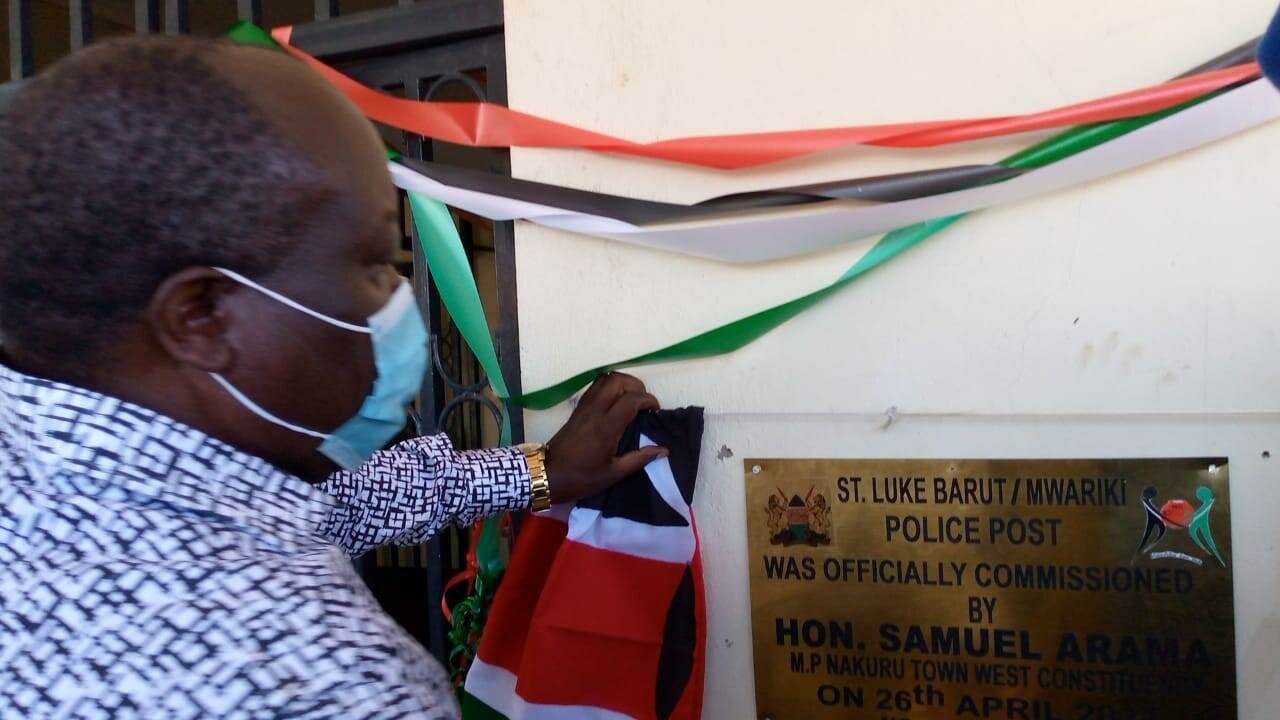 Nakuru Town West MP Samuel Arama’s development record has been viewed as one of the key tools of retaining his seat with a landslide come next year’s elections.

The MP who served his first term as an ODM Legislator before joining the ruling Jubilee party for the second term has been focusing on transforming the lives of electorates.

It is through his second term and good working relationship with President Uhuru Kenyatta and Interior CS Dr Fred Matiang’i that he lobbied for several projects for his constituents.

Many of his constituents term him a development-focused leader who will go the extra mile to ensure better service delivery in the education sector, infrastructure and security.

On education, many needy but bright students are now in schools through fair distribution of bursary cheques.

The MP has also gained a name for lobbying through the national government for the improvement of the road network in the area.
He also lobbied for the upgrade of the Kaptembwa Police Station to magnificent status.

On many occasions, Arama has always warned his political detractors to brace themselves for a humbling defeat claiming the electorate are satisfied by his track record.

“My development record is clear and my constituents have seen what I have done. Political office is all about helping change lives” he said in a previous interview with this writer.

The Nakuru Town West Legislator has won the hearts of his constituents for lobbying for several projects.

Key among them are roads and drainage World Bank-funded projects in areas such as London and Kaptembwa.

The MP also lobbied for the upgrade of feeder roads in Mwariki to bitumen standards.

The projects have seen Nakuru Town West constituency achieve a new face addressing the challenges of drainage and transport in the slum areas.

Though he is yet to declare which party ticket he will contest on, Arama maintains that the key focus is development record.

A great ally of President Uhuru Kenyatta and his handshake partner Raila Odinga, Arama has also on many occasions drummed support for interior CS Dr Fred Matiang’i to take lead in national politics.

Arama believes that CS Matiang’i can rise to any position including Presidency as he has proven to be a performer having served in several top Ministries in the country.