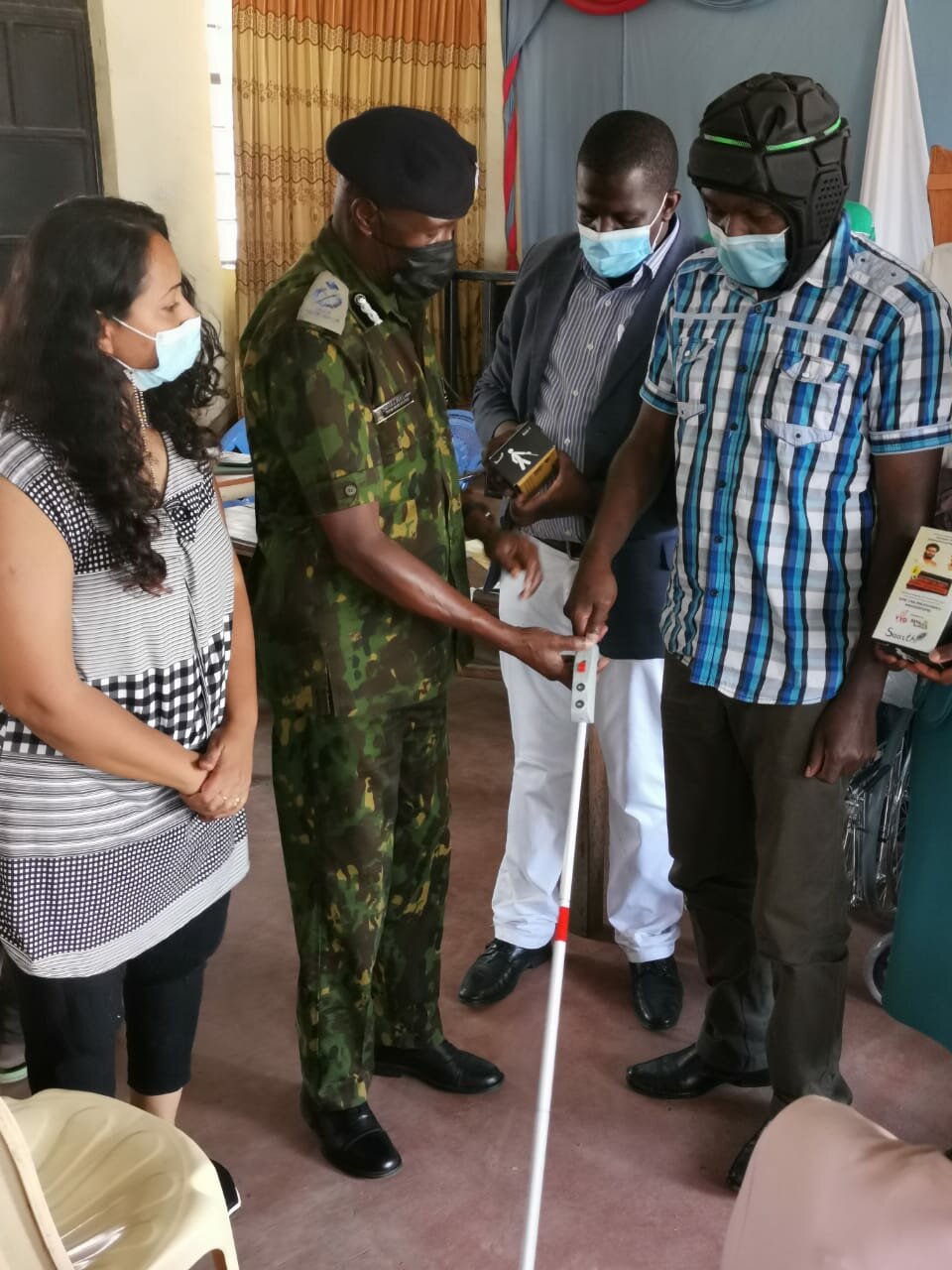 It was joy on Friday as Person Living with Disability (PWDS) in Nakuru received digital visual aid items from well-wishers.

The automatic visual aid will go a long way in helping the visually impaired persons.

over 35 visual, 4 wheelchairs and hand crutches as well as automatic visual aid sticks.

Other counties that have benefited include Baringo, Kisii, Kisumu, Turkana, Kilifi and Marsabit with more counties expected to benefit in the near future.

Addressing media at Shabaab Hall in Nakuru West Subcounty during the handing over of the items, one of the well-wishers Rani Ramchandani said the community has been going through a lot of challenges.

She said she started the charity work with the help of her donors to aid the vulnerable especially during the COVID-19 pandemic.

According to her, she has been identifying the PWDs through a team that does assessment.

She commended the office of the DCI and Kisii County Police Commander Francis Kooli for the continued support.

“We realized many people and more so the PWDs and that is why with my donors and partners we decided to step in” said Rani.

On his part Kisii County Police Boss Francis Kooli who is also a Peace Ambassador called on society to continue embracing the PWDs.

He added that the government is also committed to ensuring that the PWDs’ welfare is taken into consideration.

“We all have a role to ensure the PWDs are well taken care of.The government and other well wishers have continued to commit towards the same” said Kooli.

The beneficiaries of the items commented the well wishers for stepping in with the digital visual aid items.